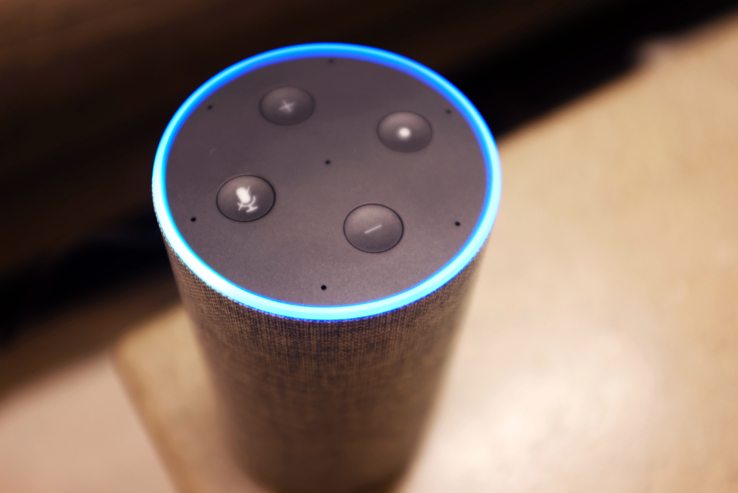 It was only a matter of time, folks.

According to a report from CNBC, Amazon is in talks with brands and advertisers to include ads on the Echo through via Alexa. The report says that Amazon is discussing these opportunities with Procter & Gamble and Clorox.

Just as ads found their way to the newspaper, the radio, the television, the internet, and even to our inbox and inside our apps, it only makes sense for advertisers to follow us to the next frontier of voice-powered AI.

There are two obvious paths to potentially advertising on Alexa.

The first is to let brands pay for placement when users are shopping through Alexa. For example, Proctor & Gamble could pay for Bounty to be the first brand recommended when a user asks for Alexa to purchase paper towels. Of course, these ads could be ultra-smart given the data Amazon already has about each individual user’s buying history.

The second channel for advertising could come via Alexa Skills. For example, a skill that tells users movie showtimes could suggest buying tickets through Fandango.

Paid search ads via voice could be much more effective than the paid search ads you see on the web, as with Google. On the web, many have grown numb to ad search results and can easily scroll past them to real search results. On a voice platform, it takes far more work to ‘scroll past’ the first result presented. Plus, depending on how Amazon presents paid results, it may be more difficult to decipher paid results from actual results.

We’ve reached out to Amazon, P&G and Clorox and have not heard back. Amazon, however, responded to CNBC saying that “the company has no plans to add advertisements to Alexa.” Obviously, this is just a rumor at the moment but it would be far from shocking if ads hit the Alexa platform.

(Update: An Amazon spokesperson responded to request for comment with the same quote they gave CNBC: “There are no plan to add advertising to Alexa.”