Facebook announces new dating feature and Match is getting clobbered 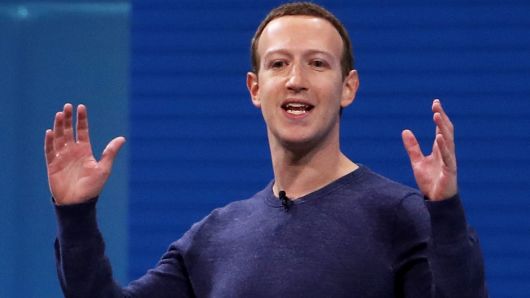 “This is going to be for building real, long-term relationships — not just hook-ups,” Zuckerberg said.

The opt-in feature will match users specifically with people they aren’t already friends with. Facebook users can build a dating profile — which friends won’t be able to see.

The dating feature is likely to be a free service, challenging services such as Match-owned Tinder, which has been rolling out premium, paid features, according to Jefferies analyst Brent Thill.

“It’s the first real meaningful competitor,” Thill told CNBC’s “Power Lunch” following the announcement. “This is a blow to the story [for Match] in the short term.”

IAC chief executive Joey Levin said Facebook’s product “could be great for US/Russia relationships” but hinted the space had already been cornered.

“Come on in. The water’s warm,” Levin said in a statement.

“We’re surprised at the timing given the amount of personal and sensitive data that comes with this territory,” Ginsberg said in a statement. “Regardless, we’re going to continue to delight our users through product innovation and relentless focus on relationship success. We understand this category better than anyone.”

The F8 conference, often an opportunity to announce new developer tools or hardware, comes amid a broader discussion of policy and privacy for the company.

Facebook for months has been dealing with the fallout of the Cambridge Analytica data leak and questions of user privacy — a firestorm set off by reports that an app developer mishandled sensitive user information.

But Zuckerberg said during his address that the company will “keep building, even while we focus on keeping people safe.”

The new dating feature links to events and groups on the larger platform, allowing users with dating profiles to connect via shared interests or commonly attended events.

“It mirrors the way people actually date, which is usually at events and institutions that they’re connected to,” chief product officer Chris Cox said during the F8 conference.